The impact of coronavirus on events

In regards to the spread of coronavirus in Slovakia and the gradual safety precautions, we have decided to take a stand where we would like to inform you about the following days and weeks when it comes to organizing events. 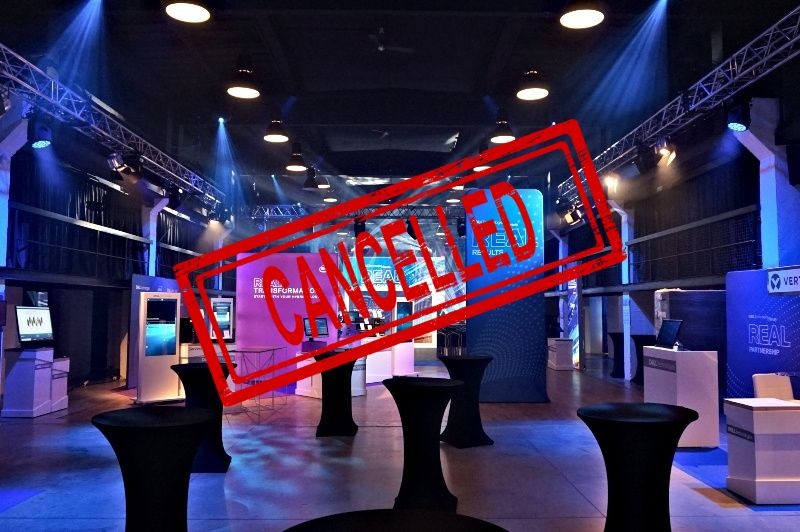 Coronavirus has affected the event segment more than we expected

Probably none of us would‘ve expected such a rapid expansion of the coronavirus situation in early March, and the subsequent complete freeze of the event market right after, which triggered a chain reaction to other sectors. Initially, it was only the cancellation of international exhibitions and major events, which have mainly affected large rental international corporations and production groups. Current situation got to a point, where even local DJ, who plays weddings for 50 people is being affected.

Problems on both sides

After the most watched and visited Motor show in Geneva got cancelled only 3 days before its opening, almost finished stands of automobile companies were all that was left for the journalists to see. The losses from all the investments companies have put to their presentations are high, as most of the costs are related to the production and assembly of the stand itself and all the work has been almost done before the cancellation. The organizing director has decided to refund all pre-purchased tickets. Similar situation occurred with large festivals like for example Tomorrowland Winter Edition, which left almost 15 000 party people sitting at home.

The problem is not that the rental and production companies have full warehouses with technologies that are not being used, but also with huge losses of the organizers themselves. Refunding such a high number of tickets and contract cancellations with well-known artists brings these promoters to existential crisis. That will be seen in the following months mainly on the quantity of events.

Remember Kodak’s infamous story of the company’s end? The company had simply underestimated the developments in digital photography and still believed in the strength of classical photography. A few years later, it was difficult for Kodak to catch up with the competition and so the company has long lost its leadership position on the market and is now on the verge of bankruptcy.

The current market situation gives us all the opportunity to see things at a different angle. Coronavirus has moved the audience from events to home environments, in front of tablets, computers, phones or TVs. Mercedes reacted very quickly and made all of its vehicle premieres that were supposed to be held at the Geneva Motor Show online - via live broadcasts on social networks. This is an excellent example of quick adaptation to the current situation.

The time has come, when conferences or product launching will be held in a virtual space with a minimum contact with people. Current technologies in the audio-visual field give us the possibility to mediate the conversation of several people in near real time with quality sound and realistic image. This entire conversation can be watched by thousands of people from their homes, and at the same time they can engage in the discussion with questions or voting, for example, through Sli.do.

Current graphics processing and real-time image rendering capabilities can create a virtual environment for the viewer to embed a real image of speakers and performers, giving you the impression that everything is happening in one place. The possibilities of production studios are really extensive today, and so we offer you the opportunity to realize your ideas in our video studio.

I do not want to look like I wear pink glasses, and that now the event industry will be saved by video streaming and virtual reality. Certainly, in this segment, each company and each freelancer is facing a difficult period. Without looking for other ways to reach our clients and offer alternative routes, our market survival will be much more challenging.

The worst thing we can do in current situation is to sit and wait with our arms folded, until it all gets better. Certainly, we will get much more free time than we expected for the next few weeks. Apart from looking at new market opportunities, this is the ideal time to look at all old, deferred tasks and move forward.

Now is the perfect time to stop and think about the best, most effective running of the company, unite systems, make revisions… simply to do everything, that we’ve put aside with words “I’ll do it when I will have enough time”.

In the U.S., big rental companies have started to organize webinars and online courses for freelancers as well as for their employees and so they are using this time wisely to strengthen the knowledge and to gain more skills.

All these steps will for sure bring many benefits in the future, once this crisis will be over and the majority of the events will move its dates to hectic fall.